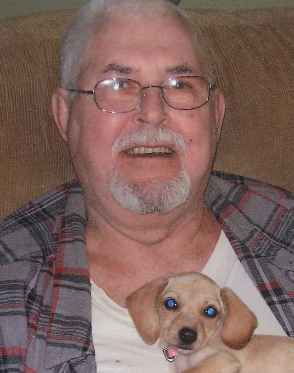 William W. Williams, 75, of Fremont, OH passed away on Tuesday, January 10, 2017 at Stein Hospice in Sandusky, OH. He was born on March 9, 1941 in Fremont, the son of James H. and Margaret Ruth (Edwards) Williams. He was a graduate of Fort Myers High School in Florida.

Bill was married to Geraldine Crouse for thirty-four years until she passed away in September of 1997. He then married Ruth (Hepner) Severs on April 24, 1998 in Fremont and she survives. He was a Journeyman Machine Repairman at Johnson’s Control and retired in 1998. He had previously worked at Sunshine Biscuit and Nickles Bakery. Bill was also a Paramedic at Gobel’s Ambulance Service.

Bill was a former member of the Fremont Moose and Eagles. He enjoyed fishing and loved his dog, Saddie.

A Graveside Memorial Service will be held at a later date.

Memorials can be made to Stein Hospice or to the family

Offer Condolences for the family of William W. Williams