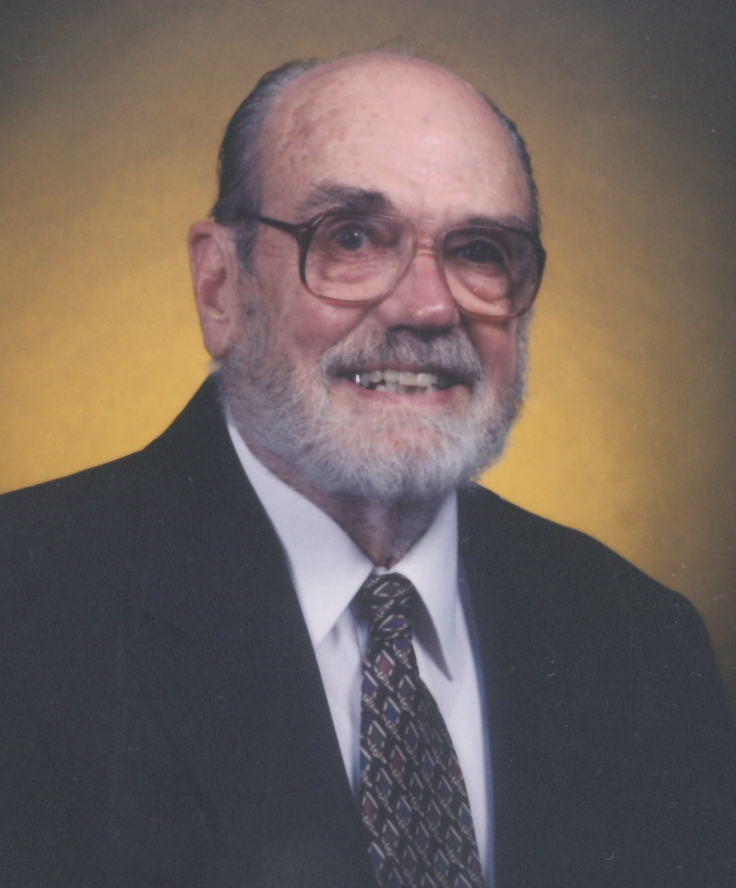 William E. “Bill” Wolf, formerly of Bethany Place, died Tuesday, April 30, 2013 at Toledo Hospital. He will now be at rest without cares or pain until he is called by his Lord and Savior at his coming. Bill was born on June 13, 1915 at the family farm in Riley Township to the now deceased Margaret (Roehrs) and Ed Wolf. He attended Jacob’s one room school in Riley and graduated from Fremont Ross High School in 1932 and from Tiffin Business University in 1937.

Bill married Irene Ferkel Byers on January 25, 1947 at St. Mark Church and she survives.
He had been employed by National Carbon Co., Dunmyer Chevrolet, Nieburger Chevrolet, Robert F. Wolfe Company and retired from Tod Motor Sales as office manager. He had also worked for many years for the Fremont Speedway and the Sandusky County Fair.

Bill was a Tech Sergeant in the Army Air Corps from 1942 to 1945, stationed in Maine, Quebec and Newfoundland, as a message center and code clerk. He was a lifetime member of St. Mark Lutheran Church where he had sung in the choir and had served on church council, taught Sunday school, and had been church and Sunday school treasurer.

Besides St. Mark Church, he was or had been a member of the Moose, Friends of Birchard Library, Elder College, Toledo Zoo, Sandusky County Historical Society and the Ethics Committee at Memorial Hospital. Since retirement Bill had volunteered at Memorial Hospital, Birchard Library and Sandusky County Food Pantry. He enjoyed traveling with Renie, his wife of sixty-six years. They enjoyed many cruises and the visiting of all but one of the states.

Calling hours are Friday from 2

Offer Condolences for the family of William E. Wolf