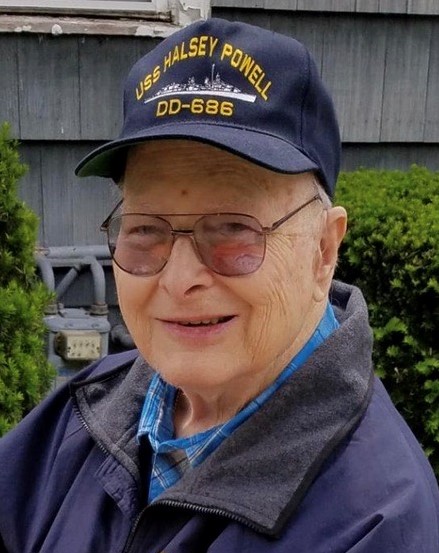 William “Bill” L. Taylor, Sr. 87, of Fremont, OH and formerly of Fostoria, OH since 1959 passed away on Friday, December 3, 2021 at ProMedica Toledo, OH.  He was born on May 30, 1934 in El Dorado, AR to Sherman and Idelle Taylor.  Bill served in the National Guard and then went on to serve in the US Navy from 1952 to 1955 during the Korean Conflict where he was honorably discharged and received the Korean Service Medal, the United Nation Service Medal and the National Defense Service Medal. He was an amateur radio operator with the call sign K5JLK and later K8TBW.

Bill married Geraldine McKinnon on September 22, 1953 in Mississippi and she preceded him on November 1, 2007.  He retired from Allied Signal (Autolite Spark Plug) in 1991 after thirty years of service.  Bill enjoyed traveling with family, especially on cruises, spending time with his grandchildren, watching movies and sharing memories of his time during military service.

He was preceded in death by his parents and wife, Geraldine Taylor.

Service will follow the visitation beginning at Noon on Wednesday at the funeral home with Certified Funeral Celebrant, Susann Robitski Zimmerman officiating.

Memorials can be made in his honor to Donor’s choice.

Online condolences can be expressed to the family below.

Offer Condolences for the family of William “Bill” Taylor, Sr.