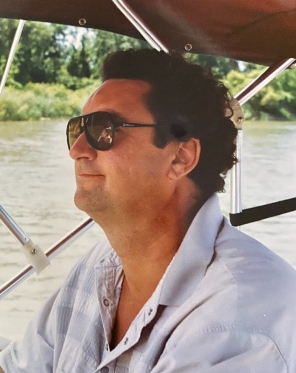 William “Bill” H. Cornell III, of Green Springs, OH was born on June 15, 1949 in Ironton, OH to William H. Jr. and Irene (Shrewsbury) Cornell.  He was a 1967 graduate of Seymour High School in Seymour, IN and attended Indiana University and Kent State University. Bill passed away at St. Vincent Mercy Medical Center in Toledo on December 3, 2021.

Bill taught Tool & Die making at WCCC and later moved to New London Schools where he taught woodshop.  Bill loved boating and the islands which is where he met his wife Rebecca (Wagner) Cornell.  They were married on Cinco De Mayo, 2000.

In 2010 Bill retired from working to become a full-time Papaw.  He enjoyed years of making toys, treasures and memories with them, all while creating rocking horses for Toys for Tots.

He was preceded in death by his parents, brother-in-law, Paul Hayslip and a nephew.

Private service will be held at a later date.

Memorials can made to Toys for Tots or a local food bank or homeless shelter.

Online condolences can be expressed to the family below.