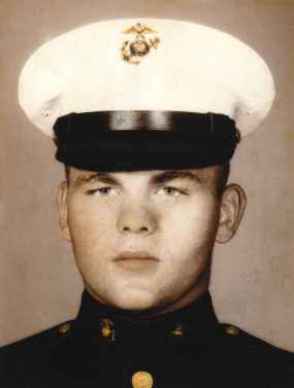 Bill served in the US Marine Corps during the Vietnam War. He was awarded the Purple Heart Medal; National Defense Service Medal; Vietnamese Service Medal with one Star; Vietnam Campaign Medal with Device; Good Conduct Medal and Marksmanship Rifle Badge.

Bill married Marcia (Massie) Sabo on October 18, 2014 in Fremont and she survives. He was an Electrician for Commonwealth Edison in Illinois where he was a member of the I.B.E.W. for thirty years until he retired. Bill attended Journey Church and enjoyed bowling, woodworking, and electrical. He loved spending time with his family, especially his grandchildren. He also had a passion for his dog, Lady.

He was preceded in death by his parents; sister, Joan (Don) Meyer; nephew, Craig Connors.

Service: Tuesday, December 1, 2015, 11:00 am at the funeral home with Pastor Ken DeChant officiating. Military Honors will be provided by the V.F.W. and American Legion following the service.

Offer Condolences for the family of William “Bill” Gilbert Buehler