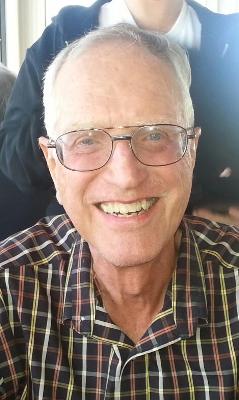 William “Bill” F. Beck, 84, of Port Clinton, OH passed away unexpectedly on Friday, November 24, 2017 at Magruder Hospital in Port Clinton. He was born on April 2, 1933 in Fremont, OH to Virgil and Helen (Hetrick) Beck. Bill was a 1951 graduate of Fremont Ross High School and then went on to receive his Bachelor’s degree at Ohio State University.

Bill married Meridith Claus on April 14, 1984 in Toledo, OH and she survives. He was owner and operator along with his brother, Larry Beck of Beck Suppliers in Fremont, OH from 1964 until he retired. Bill was a member of Grace Lutheran Church, Ohio State Alumni and CIC. He was a past board member of Ohio Petroleum Marketers Association and the Port Clinton Yacht Club. Bill was an avid tennis player and an Ohio State fan. He was well known for his kindness and generosity.

A memorial service will be held on Friday, December 1, 2017, 11:00 a.m., at Grace Lutheran Church, with one hour of visitation at the church prior to the service, 705 W. State St, Fremont, OH. Pastor Jody Rice will officiate.

A burial will be private for the family.

Memorials can be made in honor of Bill to Grace Lutheran Church.

Offer Condolences for the family of William “Bill” F. Beck