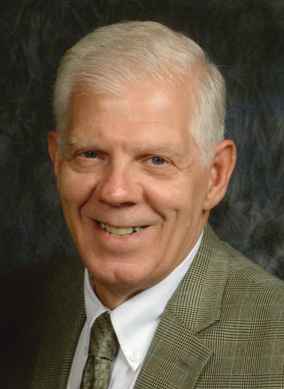 William “Bill” E. Krumnow, 67, of Fremont, OH passed away on Sunday, January 31, 2016 at his home surrounded by his family. He was born March 18, 1948 in Fremont, the son of August and Hildred (Snyder) Krumnow. He was a 1966 graduate of Harris Elmore High School. Bill received a Bachelor Degree in Education and a Masters Degree in Administration from Bowling Green State University.

Bill married Susan Carnahan on November 26, 1971 at St. Joseph Catholic Church and she survives. Bill was a Principal with Fremont City Schools. He started teaching Kindergarten in 1970 and then taught Third grade. Bill became Principal at Washington Elementary, followed by Croghan Elementary and then Lutz Elementary School. His career spanned thirty-five years and he retired in 2005.

Bill was a member of Hayes Memorial United Methodist Church where he sang in the Choir, taught Children’s Liturgy and was the Liturgy Coordinator. He was a member of Phi Delta Kappa Fraternity, was previously the Head of the Migrant School and served on the Board of Community Health. Bill was also a member of the Fremont Moose and Eagles Clubs.

He enjoyed gardening, card games, playing poker with the Monday Night Group, traveling, crafts and floral arranging for friends and family. He loved spending time with his family, especially his grandchildren.

He was preceded in death by his parents and brother, Lowell Krumnow.

Service: Saturday, February 6, 2016; 11:00 a.m. at Hayes Memorial United Methodist Church, 1441 Fangboner Rd., Fremont, OH with and hour of visitation prior to the service at the church. Pastor Allen Brown will officiate.

Offer Condolences for the family of William “Bill” E. Krumnow