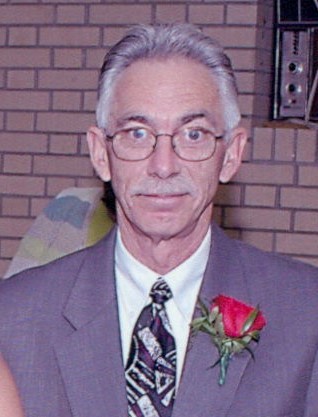 William “Bill” C. Rakes, 72, of Fremont, OH passed away on March 17, 2022 at Elmwood Communities in Fremont, OH.  He was born on February 9, 1950 in Fremont, OH the son of Virgil “Torch” and JoAnne (Watts) Rakes.  Bill was a 1968 graduate of Fremont Ross High School.  He served in the Ohio National Guard Company B 612TH Engineer Battalion in Fremont, OH for eight years.  Bill married Deborah “Debbie” Albert on May 31, 1974 at St. John’s Lutheran Church in Fremont, OH and she survives.  He worked at Kelsey Hayes/TRW until they closed and then went to Crown Battery until he retired.

Bill was an avid Buckeye and Little Giant fan and was a past president of the Ross Booster Club.  He enjoyed baseball and coached for many years and played in his younger years.  Bill also liked to go to the Fremont Speedway and working in his yard.  He was a member of St. John’s Lutheran Church. Bill was known to talk in great lengths to his family and friends.  Bill’s true passion in life was to spend time with his grandson, Collin and loved his English Bulldog, Chester.

He is preceded in death by his parents; infant brother, Timothy Lee Rakes; grandmother, Virginia Rakes; father and mother-in-law, Gary and Jerrie Albert.

The family would like to give a special thank you to the staff at Valleyview Healthcare, Elmwood Communities, UTMC and Dr. John Yuhas.

It was Bills’ wish to have no services and have his ashes scattered over Big Walker Mountain in Bland, VA.

Memorials can be made to the Asthma and Allergy Foundation of America www.aafa.org

Offer Condolences for the family of William “Bill” C. Rakes