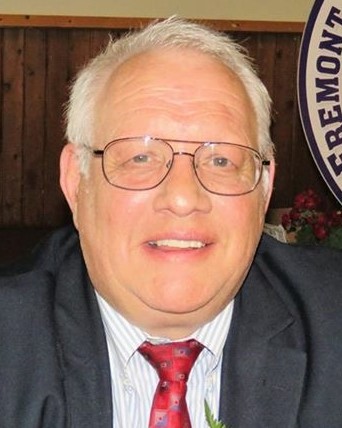 Wes proudly attended Fremont Ross High School until 1968. After graduation, he attended Heidelberg University where he was both class president and a student-athlete. He later went on to graduate from The Ohio State University with an Education degree. Locally, Wes was a businessman, and a duly elected City Councilman and a Sandusky County Commissioner. In his career, he was a trusted and accomplished District Representative for two Ohio Governors and two U.S Senators. Additionally, he served as Deputy Director of Economic Development for Northwest Ohio and was passionate in his pursuit to bring lasting economic betterment and employment opportunities to regional communities.

To his children he was known as “Tatner” and he was fiercely dedicated to them. He was actively involved in all of their pursuits from swimming to academics to careers. He had a great sense of humor and vast knowledge, or as his family often joked, he “knew a lot of useless information.” Wes was a curious man; one of his favorite hobbies was genealogy. He was known in Fremont, and throughout Ohio for his knowledge of local history and his passion for the sport of swimming. He often volunteered at swim meets and fundraisers. Wes was a very proud member of the Fremont community, and took pride in celebrating and sharing the achievements of those around him.

A celebration of Wes’ life with family and friends will take place at a later date.

In lieu of flowers, memorials can be made in his honor to the Fremont Ross Athletic Boosters, PO Box 102, Fremont, OH 43420.

Offer Condolences for the family of Wesley Richard Fahrbach II