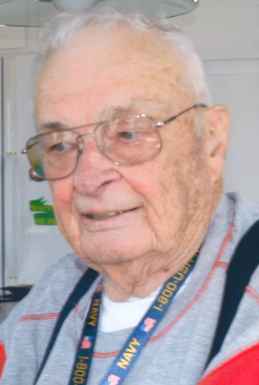 Wayne married Jeannine Dorothy Binder on August 21, 1949 in Tiffin, OH and she preceded him in death on February 23, 2014. Wayne was employed by Ohio Bell for many years until he retired in 1985. He was a member of Grace Lutheran Church, the Fremont Elks Lodge, American Legion and V.F.W. He loved to spend time with his children and grandchildren. He enjoyed fishing, traveling, his dogs, his automobiles and motorcycles. He was an avid sports fan and Ohio State fan. His great story telling will be truly missed by many.

He was preceded in death by his parents; wife, Jeannine Graham and brother, Donald Graham.

Visitation: Saturday from 2 to 4 and 6 to 8 p.m. at Wonderly Horvath Hanes Funeral Home and Crematory, 425 E State St., Fremont, OH.

Memorial Service: Sunday, March 29, 2015; 2:00 p.m. at Grace Lutheran Church, 705 W. State St., Fremont, OH with an hour of visitation prior to the service. Pastor Jody Rice will be officiating.

Offer Condolences for the family of Wayne E. “Turtle” Graham