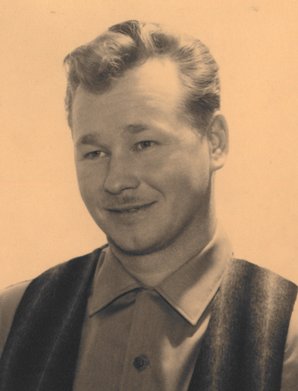 Walter “Wally” Lischynski, 88, of Green Springs, OH passed away on December 1, 2021 at ProMedica Toledo Hospital.  He was born on April 19, 1933 in La Brouquie, Manitoba, Canada the son of Tony and Anne (Gregorish) Lischynski.  Wally married JoAnn Tusing on September 18, 1965 in Green Springs, OH and she survives.  He worked for Miller Pipeline and Cable, Ortlip Construction, High Voltage and then retired from Complete General.

Wally loved animals and especial his draft pulling horses and always kept his cowboy boots polished.  He had an unending sweet tooth, was very quick witted and enjoyed telling a good dirty joke.  He loved to yodel to his grandchildren and spending time outdoors in his manicured lawn and landscaping.

He is preceded in death by his parents; brother, Frank Lischynski and sister, Rose (Ed) Huzel.

A celebration of life ceremony will take place at a later date.

Memorials can be made to Humane Society of Sandusky County, or you could plant a tree in Wally’s name.

Offer Condolences for the family of Walter “Wally” Lischynski