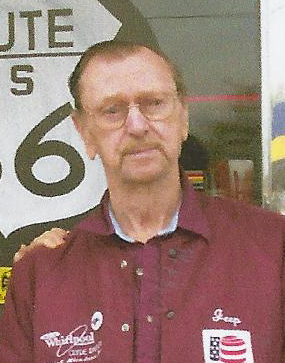 Walter Eugene “Jeep” Thomson, 85, passed away at his home in Collinsville, OK on Wednesday, September 11, 2013 after and extended illness.

Walter had lived in Clyde, OH with his special friend Dorothy Smith, who survives, until December, 2011 when they relocated to Collinsville, OK. He had also lived in Fremont and Lindsey, OH.

Walter was born May 8, 1928 in Fremont to the late George John and Leora Evelyn (Long) Thomson. He married Marjorie Ann Traxler January 11, 1947 at Grace Lutheran Church in Fremont and she preceded him in death on July 27, 2003. Also preceding Walter were his brother, Clarence Edward “Bus” Thomson and sister, Juanita Sharon Beese.

Walter was a member of Company B, 37th Division, 148th Infantry of the Ohio National Guard when it was called up for federal service during the Korean Conflict. He was sent to Fort Benning, Georgia for schooling in light and heavy weapons and then assigned to a weapons range as an instructor in weapons’ handling. Sergeant Thomson was discharged in April, 1952

Walter retired as a floor inspector at Whirlpool Corporation in Clyde, OH in 1993. Before his employment at Whirlpool, Walter worked for the Ohio State Highway Patrol at the Lindsey, OH weigh station; drove long-distance routes for the Red Star Line Trucking Company and worked at Clyde Porcelain Steel. From the mid-1950’s through the early 1960’s Walter and his brother Clarence operated Thomson Brothers General Contractors, doing concrete and blacktop paving in Fremont.

After his retirement, Walter rode with the Gold Wing Road Riders Association – Chapter S. He was a long-time member who especially enjoyed giving rides in his motorcycle’s side car when the group went on assisted-living-home “runs.” Walter also worked with Charles “Buddy” Laughlin at Fremont Wreckers Boxing Club. As assistant to Coach Laughlin, Walter helped train the athletes and traveled to major matches, including the United States Championship for Olympic contenders, in many cities. He also served as the Club’s photographer.

Offer Condolences for the family of Walter E. “Jeep” Thomson