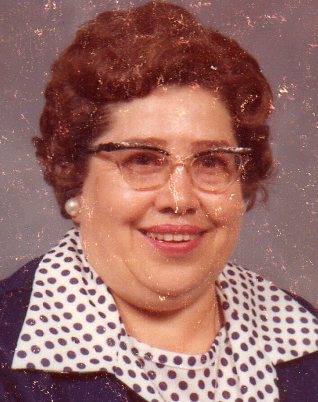 Vivian M. Meyers, 85, of S. Kansas St, Green Springs, OH passed away on Wednesday, March 6, 2013 at Elmwood Healthcare Center at The Springs. She was born on November 1, 1927 in Sandusky County, OH, the daughter of Orlie O. and Elta M. (Hurdic) Cleveland. She was a 1945 graduate of Green Springs High School.

Vivian married Daniel V. Meyers on July 5, 1986 in Lorain County and he preceded her in death on June 8, 2007. She worked as a Bookkeeper at Chemi-Trol for twenty-three years. Vivian was a member of Calvary United Methodist Church, a Charter member of the VFW Ladies Auxiliary in Green Springs and Past State President of the VFW Ladies Auxiliary. She was Past President of the Big Ten and a Trustee at the VFW Children’s Home for six years.

Offer Condolences for the family of Vivian M. Meyers