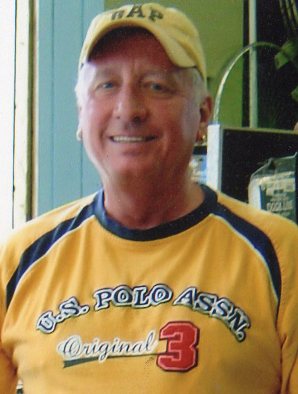 Terry Van Zoller, 66, of Fremont, OH passed away peacefully on Thursday, October 30, 2014 at Ottawa County Riverview Nursing Home in Oak Harbor, OH. He was born on June 20, 1948 to Robert and Lucy (Bejcek) Zoller. He was a 1966 graduate of Fremont Ross High School, where he lettered and set several swimming records. Terry received a degree in Mechanical Drafting from Stautzenberger College, Toledo, OH.

Terry began his business experience at Zoller Casting Company. He formerly owned and operated several area businesses such as the Carry-out on Old Port Clinton Rd, Riverfront Marina and the Saloon Bar, retiring in 2007. He was baptized and confirmed at Grace Lutheran Church. Terry enjoyed boating and traveling.

He was preceded in death by his parents; one nephew and one niece.

Memorials can be made to Heartland Hospice or the ALS Foundation

Offer Condolences for the family of Terry V. Zoller