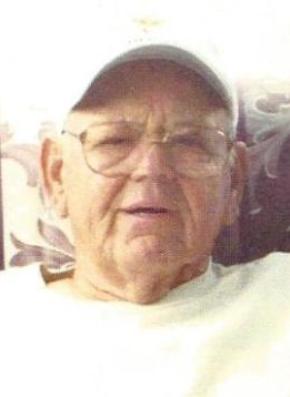 Teddy Max Davies, 87, of Casa Grande, AZ and formerly of Fremont, OH passed away at his home with his loving wife by his side on June 13, 2019. He was born July 30, 1931 in Athens, AL, the son of Edward and Bess Aileene (Noblitt) Davies. He was a graduate of Port Clinton High School.

Teddy grew up on Catawba Island. He served in the U.S. Air Force from 1950 to 1954, stationed in San Antonio, TX, where his two children were born. After the service he returned to Ohio and resumed a job at Whirlpool Corp. Teddy also worked at Kelsey Hayes-Kingsway plant, three out of state plants and retired from Fremont Plastic Products in 1999 after seventeen years of service.

Teddy married Karen Elaine Willmann on April 20, 1987 at St. John’s Lutheran Church. After both retired, they became snowbirds for fourteen years, wintering in Casa Grande, AZ while summering on their quarry site at Eagle Lake Camping Resort in Gibsonburg, OH. They enjoyed many good times there. In 2013 Ted and Karen moved permanently to Arizona.
Teddy was a former member of the Moose, American Legion and Elks Lodge #169 in Fremont. He enjoyed fishing, boating, golfing, shooting pool and spending time with his friends and family.

A Private Memorial Service was held for the family.

Offer Condolences for the family of Teddy Max Davies