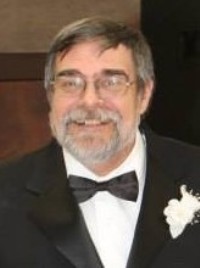 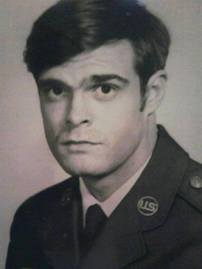 Stephen G. Fisher, 69, of Fremont, OH passed away at his home holding his beloved wife’s hand and with his family by his side on Tuesday, August 4, 2020.  He was born on April 28, 1951 in Fremont OH to George and Alice (Andrews) Fisher.  He was a 1969 graduate of St. Joseph Central Catholic High School.  Stephen went on to join the United States Airforce during the Vietnam War from 1971 to 1975 and was awarded the National Defense Service Medal, Republic Vietnam Campaign Medal, Vietnam Service Medal and the Air Force Good Conduct Medal.  He then continued to serve in the National Guard from 1975 to 1977.

He met the love of his life, Marilyn Williams, upon return from service and they united in marriage on January 13, 1978 at First Brethren Church in Fremont, OH and renewed their love in 2014 with a beautiful ceremony with family and friends.  Steve worked for the Sandusky County Engineer Highway Department for thirty-three years and was forced to retire in 2011. After retiring he was proud to work with his daughter at Wonderly Horvath Hanes Funeral Home as a greeter.  He was a Life Member at the VFW, where he was a Past Commander and loved serving his community.  He was also a former member at the American Legion and Moose Lodge.  Steve enjoyed hunting, fishing, coin collecting, gardening, working on genealogy, watching M*A*S*H, NASCAR and his beloved Cleveland Indians where he was their “couch coach”.  Steve’s most joy in life came from spending time with his family, especially his grandkids.   His love for his family was evident in his battle with cancer.  He fought a fight that very little would do for their family. Our family chain is broken and everything about him will be greatly missed.

The use of face masks is required while indoors at all services. Social distancing will be observed throughout all services with wait times taking place outdoors. If you would prefer, you may express your condolences at www.whhfh.com or call the funeral home at 419-332-6409 to request that your name be signed in the guest book.

Offer Condolences for the family of Stephen G. Fisher, Sr.