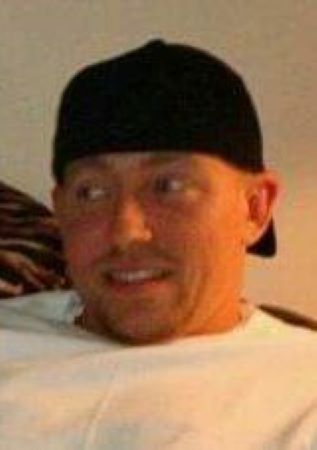 Sean Gregory Green, 46, of Fremont, Ohio passed away on Thursday, October 6th from an accidental overdose, after a long battle with addiction. Those lucky enough to know him will forever remember his wild intelligence, silly personality, contagious smile, and one-of-a-kind laugh. Sean enjoyed four-wheeling, fishing, listening to music, and some occasional gaming. He was a lifelong fan of many sports teams, but Buckeye Football was definitely his number one. He spent the majority of this past year clean from all substances, and was dedicated to strength training, weight loss, and most importantly, walking again. The progress he had made was truly incredible and inspiring.

As his sister, I know how genuinely loved he was by his family and friends. Unfortunately, there was no amount of love that could protect him from the demons he battled for much of his life. To say that my brother was “dealt a bad hand in life” would be the mildest way of saying it. No single human should have to deal with so much trauma.

An unfortunate truth about my brother’s passing is that I have been preparing myself for this heartbreak for many many years and I know that I am not alone in doing so. I always knew that, when the time came, I would make it my ‘job’ to share who he GENUINELY was as a person. He was a ‘pain in the ass’ kid, a hilarious big brother, an overprotective father who worried constantly, the most playful and fun-loving uncle, and the easiest person to talk to when anyone just needed a friend. I doubt that he ever considered the possibility that he could accidentally leave us way too soon. Or that his actions would unintentionally cause the ones he loved most so much pain and literal heartache.

I hate when there is any negativity surrounding a death, and my brother is no exception. I hope anyone reading this will learn to open their hearts to others who are currently battling addiction themselves, and to those who are daily affected by the troubles that come with loving an addict. Do your best to steer away from all shame and judgments. And know that addiction has no limitations when it claims it’s victims. It doesn’t care how young or old you are, the color or your skin, how rich or poor you are, or whether you grew up in a big city, a small town, or in the middle of nowhere.

My hope is that EVERYONE takes away something positive or healing from this message. ALL HUMANS should find a therapist that they trust and commit to attending therapy sessions to help them work through all the “stuff” that life puts us through. Whether it be situations we are unwillingly placed in, the grief of an unexpected loss of a loved one, or just to calm our own negative self-views. Those were just a few that came to mind, but the full list is never-ending.

A private graveside service will be held for the family.

Offer Condolences for the family of Sean Gregory Green