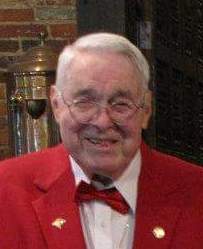 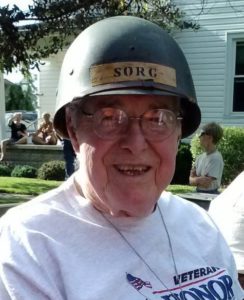 Russell served in the U.S. Army during WWII from 1943 to 1946 and was awarded the American Campaign Medal, the Good Conduct Medal and the WWII Victory Medal.

Russell married Virginia R. Peterson on March 19, 1944 at First Presbyterian Church in Anniston, AL where he was serving in the Infantry.  She preceded him in death on October 14, 2013.

Russell was Secretary, Treasurer and President at Fremont Kraut Company from 1961 until he retired in 1983. He had previously worked at Herbrand, Ford Motor Company in Detroit, H.J. Heinz and the Hyman Company.

He was preceded in death by his parents; wife, Virginia R. Sorg; son-in-law, Art Whitmire;

Burial:  Oakwood Cemetery with Military Honors provided by the American Legion and VFW.

Offer Condolences for the family of Russell Galen Sorg