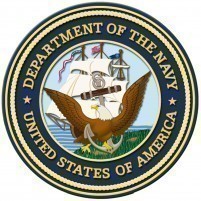 Russ served in the U.S. Navy aboard the USS Yorktown and USS Bennington from 1962 to 1966 and was awarded the Armed Forces Expeditionary Medal (Vietnam).

Russ married Elizabeth “Susie” Swint on December 2, 1967 in Fremont and she survives. He worked at Whirlpool Corporation for thirty-eight years and retired in 2006.

Russ was a member of Sacred Heart Catholic Church and a member of Clyde VFW Post #3343. He was an official of the Ohio High School Football Athletic Association, retiring after twenty-five years. Russ was a Good Samaritan and enjoyed gardening and helping his neighbors. He also enjoyed and spent over thirty-five years bowling.

He was preceded in death by his parents; daughter, Sharon Missig and brother, John Missig.

Offer Condolences for the family of Russell Frank Missig