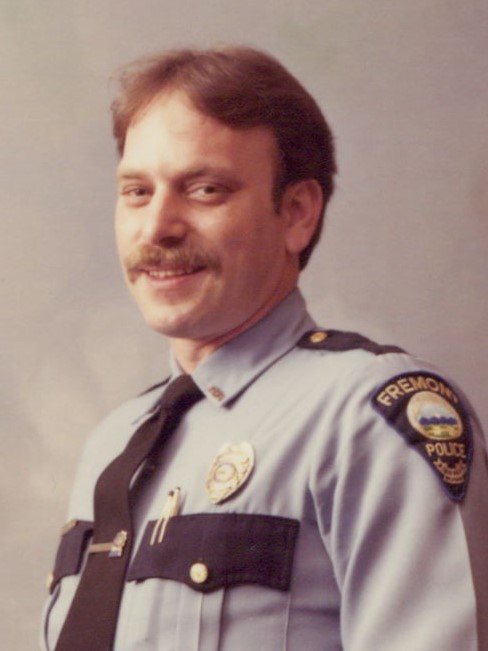 Russell E. Snyder of Fremont, OH—former police officer and beloved husband, father, “Papa,” and friend—passed away in his home on the evening of June 27, 2022. He was 68 years old.  Russell was born March 31, 1954 to the late George, Sr. and Donna Snyder in Bellevue. A 1972 graduate of Clyde High School, Russell attended Vanguard Vocational Center and later studied Law Enforcement and Criminal Justice at Terra Community College. He served dutifully as a Fremont Police Officer for 22 years, receiving multiple letters of commendation before his retirement in 1997. Not one to stay idle for too long, Russell went from patrolling the streets to patrolling the hallways, continuing his lifelong service to the City of Fremont as a Student Monitor at Ross High School. Whether he was handing out wisdom, one-liners or peppermints, the students and staff embraced him as a Little Giant for 17 years.

An entrepreneur who started multiple small businesses—a painting and wallpaper service as well as an ammunition and firearms company with his youngest son—Russell took the utmost pride in working with his hands. He built four homes, tended to two Little Red Corvettes, and was never more than a phone call away if help was needed. Until very recently, Russell worked as a storekeeper and security guard at Fisher’s Carryout in Fremont.

Russell met his wife Vickie in 1982 when the two were introduced by a fellow police officer. One year later they were married, exchanging vows in the rose garden of the Hayes Presidential Center. A member of St. Ann Catholic Church, the VFW, and the Fraternal Order of Police (George Croghan Lodge #35, where he served as Treasurer for many years), Russell enjoyed boating and fishing Lake Erie, where he shared a wealth of memorable outings with his wife, children, and friends. A loyal Ohio State Buckeye supporter, Russell was known for his many scarlet caps and OSU shirts.

Russell is preceded in death by his parents, George and Donna; and a brother Timothy Snyder.

Donations can be made to the Sandusky County United Way Cancer Care Foundation or to St. Ann’s Church.

Offer Condolences for the family of Russell E. Snyder