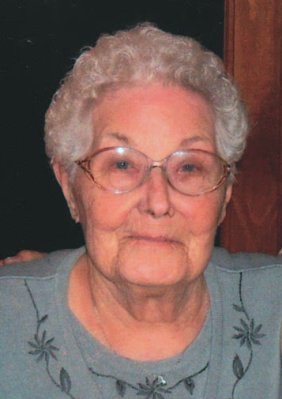 Rosemary Foos, 93, of Fremont, OH passed away, with her family by her side, on Friday, June 08, 2018 at ProMedica Memorial Hospital. She was born on November 27, 1924 in Fremont, the daughter of Ralph and Mildred (Druckenmiller) Emick. She was a graduate of St. Joseph High School.

Rosemary married Robert “Bob” Foos on June 22, 1946 at St. Ann Catholic Church and he preceded her in death on October 22, 1997. She was a homemaker and also worked as a housekeeper at the Old Orchard Motel. Rosemary was a member of St. Ann Catholic Church and enjoyed crocheting kitchen towels and afghans. She loved spending time with her family, especially her grandchildren.

Offer Condolences for the family of Rosemary Foos