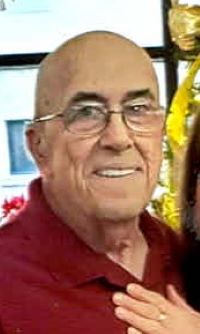 Ronald Keith Winter, 84, of Findlay, OH passed away on December 5, 2022 at Sunrise Assisted Living in Findlay, OH.  He was born on January 19 ,1938 in Homestead, FL the son of Frank and Mary Louise (Keith) Winter.  Ron was a 1956 graduate of Fremont Ross High School and received a BS degree in Industrial Management from the University of New York-Albany.  Ron married Janet Meyer on July 19, 1956 in Missouri and she preceded him in death on July 18, 1976.  He then married Joyce Luscomb on February 12, 1977 and she preceded him in death on June 6, 2019.

Ron served in the US Army for over twenty-three years serving in the Vietnam War.  He was in the 101st Airborne and received the Bronze Star, Vietnam Medal with 60 devices along with many other commendations.  Following his military career, he served in Army Intelligence with the NSA for five years.  Ron continued to serve his country as a government contractor in various capacities.  Ron was recognized, along with his wife Joyce, as the Veteran of the Month in Hancock County in 2019.

Ron enjoyed bow hunting and made his own bows, arrows, and knives.  He volunteered at Boy Scout camps teaching archery.  He also enjoyed fishing, scrimshawing and was very artistic.  Ron was a boxer in High School.

He was preceded in death by his parents; wives, Janet Winter and Joyce Winter; daughter, Debbie Cassidy and brother, Gary (Marylou) Winter.

Memorials can be made to Bridge Hospice or Wounded Warrior Project.

Offer Condolences for the family of Ronald Keith Winter