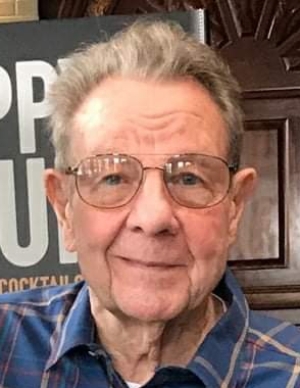 Roger served in the Ohio National Guard (U.S. Army) from 1954 to 1957 and then served in the U.S. Marine Corps from 1957 to 1960 and was awarded Arm Forces Expeditionary Medal; Presidential Unit Citation; Good Conduct Ribbon and Sharpshooter Badge.

Roger married Carolyn Sue Workman on August 8, 1964 in Cleveland, OH and she preceded him in death on June 23, 1995. He was employed by Eveready Battery Company in Cleveland, OH in 1966, starting as an “A” Mechanic. He was promoted and transferred to Fremont, OH in 1971, as a maintenance supervisor. Roger was then promoted to engineering technician and the final ten years of employment as the facility engineer. He retired after thirty-one years of service.

Roger loved to play golf; playing in five different leagues for over ten years. He owned several antique cars (mostly Fords). Roger enjoyed building model airplanes (mostly WWII Fighters) as he was a WWII buff. He did a lot of water skiing in his younger years and was a NASCAR fan. He also supported “Back to the Wild” and loved spending time at Bettsville Park while raising his family.

He was preceded in death by his parents; wife, Carolyn Sue Rounds; brother, Alan Rounds.

Services will follow at 11:00 am at the funeral home.

Offer Condolences for the family of Roger W. Rounds