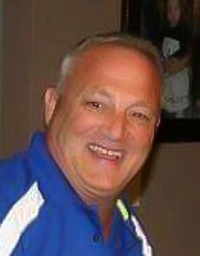 Robert W. Druckenmiller, 62, of Blacklick, OH and formerly of Fremont, OH passed away on July 20, 2017 in Petoskey, MI. He was born on November 1, 1954 in Fremont, OH to Donald and Madaline (Wolf) Druckenmiller. He was a 1973 graduate of Fremont Ross and Vangaurd Vocational School, where he was inducted into the Hall of Fame.

Bob married Lisa A. Haas on February 15, 1974 at Sacred Heart Catholic Church and she survives. He worked for Baumann Auto Group for thirty-three years where he retired from in 2007 as the Body Shop Manager. He then became a Claims Adjuster for Nationwide Insurance in Columbus. He had also worked with his father as a teenager at Scotties Body Shop.

Bob was a lifetime member of the V.F.W. and Moose Lodge. He loved golfing, bowling, cooking and cars. He was an avid fan of the Cleveland Browns, Indians and Cavaliers and also the Detroit Tigers and The Ohio State Buckeyes. He enjoyed playing softball and coached his children on various teams. His true love was spending time with his family and friends, especially attending his grandchildren’s activities.

He was preceded in death by his parents; step-father, Jack Freeh; father and mother-in-law, William and Marian Haas and several nieces and nephews.

Offer Condolences for the family of Robert W. Druckenmiller