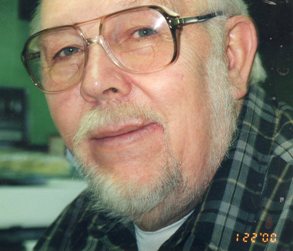 Robert played for the Little Giants football team while in high school and referred to as “Ball Hog Wetzel” gaining a nickname “Jo-Jo”.  He was a former member of the Fremont Eagles, Loyal Order of The Moose, Easter Seals of Sandusky County and retired from Ohio Vending.  He was a member of St. Ann Catholic Church.

Robert married Beverly L. (Schmitt) Spears on August 26, 1972 and welcomed her children into the “Wetzel” family.  Both Robert and Beverly were active in Fremont Ross Boosters, holding many positions within that organization for over thirty years. Their family home was known as the “Ross House” to many.  Beverly preceded him in death on July 16, 2006.

The family would like to extend a sincere “Thank You” to Scott and Patti Tucker for their friendship, support and love over the years and to the late Lester Franks, Robert’s lifetime best friend who had always been there for him; Mike Doty, another friendship built over the years.  Also, a sincere “Thank You” to Hospice for their support, especially “Patti”, his nurse, whom showed him compassion, providing him with comfort, but most of all making his days brighter throughout a difficult time.

Offer Condolences for the family of Robert L Wetzel