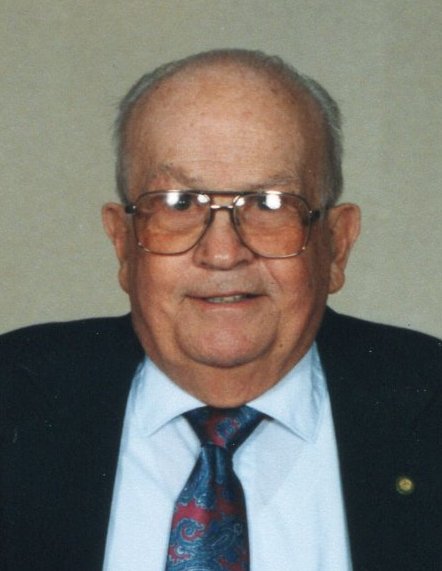 Robert E. Vannice, 95, of Fremont, OH passed away surround by his family on Friday, April 13, 2018 at Valley View Health Campus. He was born on March 22, 1923 in Pontiac, IL to Charles W. and Gertrude (Kelly) Vannice. Robert was a 1947 graduate of the University of Iowa.

Robert served in the US Army during WWII. He was then transferred to the Army Reserves where he retired in 1966 as a Major. He worked at the Cuyahoga County Engineers Department, retiring as Chief Deputy in 1976.

Robert married Leonore O’Connor and she preceded him on February 18, 1997. He was a Life member of the VFW Post #2629 in Aurora, OH and the American Legion Post #514 in West Branch, IA. Robert was a long-time member of the Church of the Gesu in University Heights, OH and in recent years, a member of St. Joseph Catholic Church in Fremont, OH.

He was preceded in death by his parents; wife, Leonore Vannice; sons, William and Edmund Vannice.

Mass of Christian Celebration will be held on June 30, 2018 at St. Joseph Catholic Church, 709 Croghan St., Fremont, OH. A lunch and gathering will follow in the parish hall.

Offer Condolences for the family of Robert E Vannice