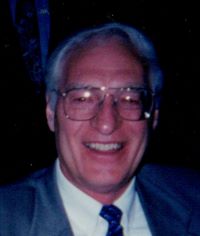 Robert Allen Zimmerman, 83, of Fremont, OH passed away peacefully on February 16, 2022 at his home with his wife by his side.  He was born on October 28, 1938 in Riley Township the son of George and Eileen (McCreery) Zimmerman.  Bob’s early elementary education started in a one-room schoolhouse in Erlin.  He graduated from Fremont Ross High School in 1957 where he was the class president.

Bob married Kay E. Fredericks on September 20, 1958 at St. Mark’s Lutheran and she survives.  He worked alongside his grandfather selling suits at JC Penney while in high school.  Bob started working at Concrete Products in Fremont after high school.  He then went to work for Don Nickel at Nickel Paint and Supply from 1960-65 before striking out on his own as a self-employed remodeling contractor, specializing in kitchens and baths.  Bob then purchased Nickel Paint from Don Nickel on January 1, 1978 which he continued to run with his wife and son.  Bob also purchased the cabinet store next to Nickel’s and renamed it CR Kitchen and Bath which he operated with his brother-in-law from 1986 to 2000.

Bob had a lifetime love of the water, owning boats for most of his life.  He and his wife spent most weekends and spare time on Lake Erie.  They were members of the Great Lakes Cruising Club who they took many boating trips with.  Bob was also a longtime member of the Nor’Easter Club on Catawba Island and docked at Fox Haven Marina for fifty years.

He is preceded in death by his parents; brother-in-law, Lester Nowak; grandson, Jason Fortney and a niece and nephew

It was Bob’s wish to have no service.

Memorials can be made to ProMedica Hospice.

Offer Condolences for the family of Robert Allen Zimmerman