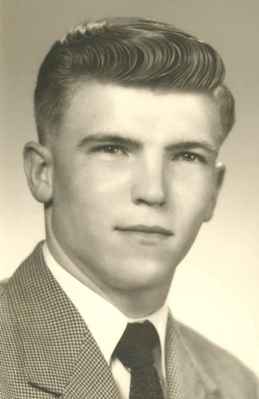 Richard Wayne Root, 80, of Fremont, OH passed away on Friday, May 29, 2015 at Valley View Healthcare Center surrounded by his family. He was born on February 19, 1935 in Fremont, the son of Wayne and Grace (Brugger) Root. He was a 1954 graduate of Fremont Ross High School.

Richard served in the U.S. Army Reserves and was called to Active Duty from October 1961 to August, 1962 and was awarded the Sharpshooter Badge (Carbine). He was a Truck Driver at Chemi-Trol Company for thirty years and retired in 1997. He also worked at the family business, Root’s Poultry, prior to Chemi-Trol.

Richard was a member of the VFW, Eagles and former member of the American Legion and Moose Club. He enjoyed bowling, camping and was an avid Cleveland Browns and Ohio State fan. He also enjoyed spending time with his grandchildren and his animals and loved traveling by car.

He was preceded in death by his parents; brothers, Robert, David and Charles Root.

Offer Condolences for the family of Richard W. Root