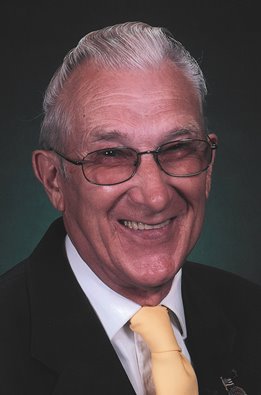 Richard “Dick” L. Tallman, 89, of Fremont, OH passed away on Friday, November 09, 2018 at Elmwood Assisted Living of Fremont. He was born July 4, 1929 in Fremont to Charles and Rozella (Detman) Tallman.

Dick served in the U.S. Army during the Korean War. He was a cutter at S.E. Hyman Co. for thirty-five years and retired in 1984. He was an active member of Grace Lutheran Church; a member of the American Legion where he proudly served on the military burial detail for thirty years. Dick was also a social member of the VFW and a member of the Ohio Veterans of Toledo.

Dick was an avid military enthusiast. He loved everything military and had a lot of military memorabilia that he donated to the Gibsonburg Veterans Museum. He was very proud to have found the grave site of George Washington’s bodyguard in the Hessville Cemetery. Dick was very active in the planning of the Civil War Reenactments and ceremonies at the tomb at Hayes Memorial. He loved bowling and worked at Rainbow Lanes for many years. Dick loved to do landscaping and used to do some of the landscaping at the American Legion Post.

He was preceded in death by his parents; many siblings; companion of ten years, Ella Jean Buhrows; grandson, Dustin Stoudinger and step father, Frank Arndt.

Offer Condolences for the family of Richard L. Tallman “Dick”