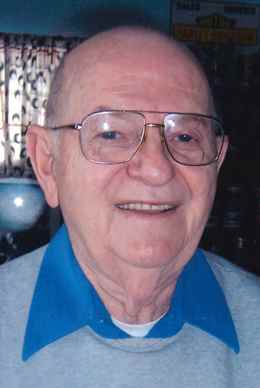 Richard Kenneth Baker, 87, of Fremont, OH passed away on Monday, October 3, 2016 at Bethesda Care Center. He was born June 18, 1929 in Sandusky County, the son of Daniel and Zina (Crispen) Baker. He was a 1949 graduate of Fremont Ross High School.

Richard was a Produce Manager at Kroger Grocery Store in Fremont for forty-five years, retiring in 1993. He was a member of Trinity United Methodist Church in Fremont, a member of the VFW, American Legion, Moose and Eagles, all in Fremont. Richard enjoyed playing pool, horse shoes, cards, and plowing gardens with his John Deer tractor. He also enjoyed fishing and going to casinos. He was an avid fan of the Detroit Tigers.

He was preceded in death by his parents; first wife, Georgia Baker; brothers, Gerald and Junior Baker; son-in-law, Bill Wagner.

Service: Saturday, October 8, 2016, 10:30 am at Trinity United Methodist Church, 204 N. Wayne St, Fremont, with one hour of visitation at church prior to the service. Pastor Ben Wallick will officiate.

Offer Condolences for the family of Richard Kenneth Baker