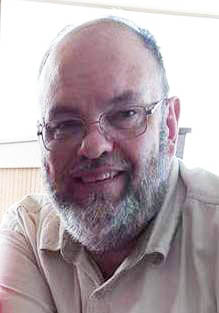 Richard J. Oliver, 63, of Toledo, OH passed away at his home on June 27, 2019. He was born on November 14, 1955 in Fremont, the son of John Oliver. He was a 1974 graduate of Fremont Ross High School. Rick received his Bachelor’s Degree in Business from Thomas Edison State College and his Master’s Degree in Education from Bowling Green State University.

Rick served in the US Army from 1974 to 1975 and received the National Defense Service Medal. He enjoyed military history and performed restoration work at the R.B. Hayes Presidential Library. He had a love for music, played the trumpet, and was the choir director at several churches. Rick enjoyed watching old movies, reading, and collecting Coca Cola products and trains. He was a train conductor at Cedar Point for several years. He loved his family and was very active in his children’s and grandchildren’s activities, had a heart for helping others, and had a strong Christian Faith.

Rick was the circulation director at the News Messenger for many years and taught at EHOVE and Terra Community College. He then became the Director of Online Education at Tiffin University, Director of Business Development at Harbor Behavior Health, and a Computer Education Professor at Abu Dhabi, United Arab Emirates.

He is preceded in death by his father, John Oliver and sister, Gale Friedberg.

Rick’s wishes were to have private services held for the family.

Rick had a heart for animals and to honor his memory donations can be made to your local animal shelter. His other passion was working in mental health, donations to NAMI would also be appreciated.

Offer Condolences for the family of Richard J. Oliver