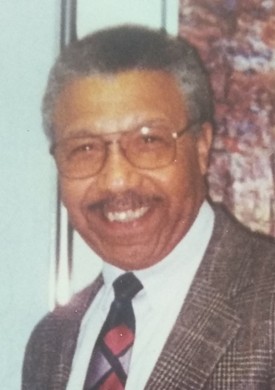 Richard Henry Beal, Jr., of Sandusky passed away at Admiral’s Pointe Nursing and Rehabilitation in Huron on Tuesday, January 11, 2022. “Dick” was born October 24, 1935 in Fremont to Harriet (Weiker) and Richard Henry Beal. He was the eldest of seven children.  Dick was a 1955 graduate of Fremont Ross High school. While a student Ross, he shined as a musician and an athlete. He was a standout drummer in the concert and marching bands. He was a member of the swim team and excelled in track and field, competing in cross country, pole vault and broad jump.

Dick attended The Ohio State University and was a member of the OSU Marching Band, The Best Damn Band In The Land (TBDBITL). He was called up twice to serve in the United States Army, stationed in Kentucky and Fort Sill, Oklahoma. While in the army Dick met fellow serviceman, singer Steve Lawrence. Lawrence was said to be so impressed with Dick’s drumming that he extended an invitation to join his band.

In his young adult years, Dick played gigs in the Fremont area with several bands, including The Downbeats. He was a lover of jazz, jazz history and big band music.

Dick married the late Vivian Crowe and they had four children: David (deceased at birth), Chloe, Gregory and Brenda. They raised their family in Fremont.

Dick worked at the Ford Motor Co. plant in Sandusky and retired after 33 years. He stayed active in retirement, enjoying another one of his passions – fishing – especially for walleye. He worked at Shore Nuf Charters in Port Clinton taking anglers, business executives and tourists fishing on Lake Erie. He married Carla Speaker and lived in Sandusky.

Dick donated his time as a volunteer at Firelands Regional Medical Center. He also enjoyed  playing with the Erie County OSU Alumni Band and was very active in the band’s activities for many years. He also played with the Terra State Jazz Band.

Dick was honored to be inducted into the Fremont Music Hall of Fame along with his son Greg (posthumously). He passed on his love of music to his children, who all played instruments. He was an avid reader and a history buff, with a special interest in the contributions of African American veterans.

A funeral service will be held Friday, January 28 at Wonderly Horvath Hanes Funeral Home, 425 E State St., Fremont, Oh 43420. The service is private for the family.

In lieu of flowers, please donate in Dick’s memory to local veterans organizations and to:

Offer Condolences for the family of Richard Henry Beal, Jr.