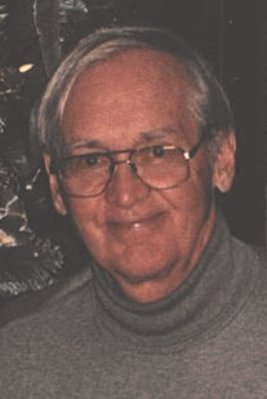 Richard “Dick” H. Houghtaling, 85, of Fremont, OH, went to be with His Lord and Savior at his home on Friday, June 29, 2018. He was born March 16, 1933 in Fremont, the son of Harry and Faye (Gibson) Houghtaling. He was a 1951 graduate of Fremont Ross High School where he lettered in basketball and became the best shooter, breaking records, during this time.

Dick married Betty Sandra Ireland on January 26, 1952 in Angola, IN and she survives. He retired from Whirlpool Corp in 1998 after thirty-five years of service. Dick worked with his father at Houghtaling’s Plumbing & Heating for thirteen years before going to Whirlpool. He was also employed part-time at Great Scot Supermarket for thirty-three years.

Dick was a member of Grace Lutheran Church where he was also a part-time custodian for four years and a member of Journey Church. He was an avid golfer and a member of Sycamore Hills Golf Course and the Fremont Country Club. He loved to play golf and working out at the YMCA. One of his greatest joys in life was having family gatherings every Sunday where a variety of games and sports took place for three generations.

Service will begin at 10:00 am at the church with Pastor Ken DeChant officiating.

Offer Condolences for the family of Richard H. Houghtaling