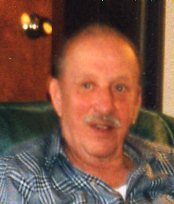 Richard served in the US Navy during WWII. He was a radio operator serving on the PC 563 in the Pacific. He was employed by Whirlpool Corporation for over 35 years until he retired in 1990.

Richard was a member of Sacred Heart Catholic Church and a life member of the Fremont V.F.W. He also enjoyed woodworking, fishing, camping and working around his house.

Mass of Christian Burial: Wednesday, January 9, 2013; 11:00 a.m. at Sacred Heart Catholic Church, 550 Smith Rd., Fremont, OH. Visitation will take place one hour prior to the service at the church.

Offer Condolences for the family of Richard E. Foos