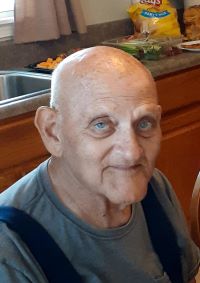 Richard K. Olmstead, 84, of Oak Harbor, OH passed away on December 29, 2021 at his home surrounded by his loving family. He was born on June 9, 1937 in Bellevue, OH the son of Frederick A. and Aldora M. (Stuckey) Olmstead. Dick was a 1955 graduate of Fremont Ross High School. Dick married Alta Jean (Whitney) Leggett on July 14, 1971 in Las Vegas, NV and she survives. He worked for Nelson Tree Services and was a Laborer out of Union Hall 480 in Sandusky until he retired. He was a jack of all trades and could MacGyver anything. He was also an avid hunter, enjoyed riding motorcycles, the outdoors, mushroom hunting, and camping. He loved to spend time at his property in Pennsylvania. Dick also enjoyed his pets who were all named Ralph.

Memorials can be made to Cleveland Clinic Cancer Center in Sandusky or Stein Hospice.

Online condolences may be expressed to the family below

Offer Condolences for the family of Richard “Dick” K. Olmstead