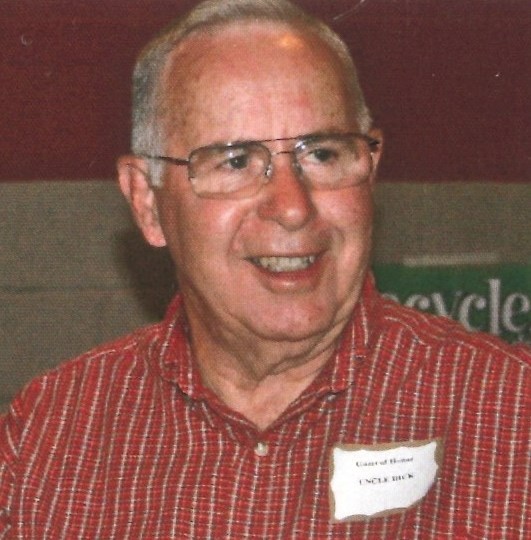 Dick served in the U.S. Navy aboard the U.S.S. Pittsburgh as a Machinist Mate, First Class, from 1952-1956 during the Korean Conflict. He was awarded the Navy Occupation Service Medal (Europe Clasp), China Service Medal (Extended), National Defense Service Medal and Good Conduct Medal.

Dick married Madonna M. Foos on April 20, 1957 in Gibsonburg, OH and she preceded him in death on May 17, 2008. He worked as a tool and die maker and was Packaging Department Supervisor at Crescent Mfg, Co. until his retirement. A model for working hard and living simple, Dick took every opportunity to tell a story with an emphatic punch line and a healthy dose of sharp wit. He never tired of cruising country roads or around Lake Erie, and is fondly remembered for his love of cars.

Visitation will be held Friday from 2:00 pm

Offer Condolences for the family of Richard A. Mathews