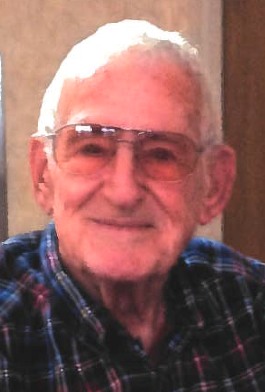 Rev. Robert A. Falkner, 88, of Fremont, OH passed away on Tuesday, August 28, 2018 at Pristine Senior Living. He was born September 7, 1929 in Wellston, OH to Jack Falkner and Jenny (Downard) Falkner Henry. He was a 1948 graduate of Wellston High School.

Robert married Betty Post on August 16, 1948 in Wellston, OH and she survives.
He served in the U.S. Navy during peace time from 1948 to 1950 and was Honorably discharged.

Robert worked at Ford Motor Company in Sandusky, OH for thirty-one years and retired on May 1, 1989. He was a member of the Church of the Nazarene in Port Clinton, OH and enjoyed boating, fishing and music.

He was preceded in death by his father, Jack Falkner; mother and step father, Jenny and Harry Henry.

In Lieu of flowers, memorials can be made to Hospice of ProMedica Hospital.

Offer Condolences for the family of Rev. Robert A. Falkner