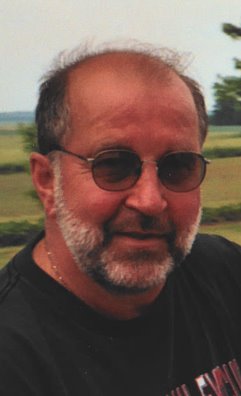 Randall “Randy” Ira Sachs, 68, of Millbury, OH passed away August 10, 2018 at Hospice of NW Ohio in Perrysburg following a twenty-year hard-fought battle with cancer. He was born February 19, 1950 in Fremont to Carl and Polly (McDonald) Sachs.

Randy graduated from Fremont Ross High School in 1968, excelling in wrestling his junior and senior year, making it to State both years. He also attended LA City College and Tiffin University. After graduation he joined the Army, serving in Vietnam for fourteen months. He served in the 4th Infantry, his unit serving in the Central Highlands. Randy was a team leader for his unit when his commanding officer selected him to attend a two-week leadership school, along with forty other men. After finishing at the top of his class, he was chosen to be an instructor for the Kit Carson Scouts, who were former Viet Cong. At the time of his discharge, his rank was Staff Sergeant. He was awarded the National Defense Service Medal; Vietnam Service Medal; Veteran Campaign Medal; Combat Infantry Badge; Marksman Badge (M-16) and two Overseas Service Bars. All who knew Randy knew he was proud to have served in the Military.

For more than thirty years, there weren’t many days that Randy wasn’t involved in a pool game, playing at one of his favorite hang-outs, joining leagues and playing in tournaments.

Randy was a distributor for Ballreich’s from 1978 until he retired in 2012, moving to Millbury to better service his large accounts. In his younger days, besides playing pool, Randy enjoyed fishing, hunting and golfing. In his later years he enjoyed traveling, casino trips, many of those with Sally and Dexter Chumley, eating out and always enjoyed all family get-togethers. The thing that brought him the most joy was being a grandpa. He always looked forward to Vegas trips where he met up with the rest of the Sachs Family.

A Celebration of Life Service will begin at 1:00 pm at the funeral home with Certified Funeral Celebrant, Susann Robitski Zimmerman officiating.

Burial will be at Oakwood Cemetery, Fremont, with Military Honors provided by the American Legion and VFW.

Memorials can be made to Randy’s favorite charity, St. Jude Children’s Research Hospital or to VFW Post #2947.

Offer Condolences for the family of Randall Ira Sachs “Randy”