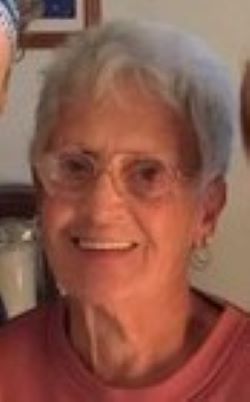 Phoebe “Fifi” A. Fitzgerald, 83, of Fremont, OH passed away on December 17, 2022 at Edgewood Manor in Port Clinton, OH.  She was born on January 8, 1939 in Salyersville, KY the daughter of Frank and Emily (Adams) Powers.  Phoebe married James Fitzgerald on March 28, 1964 in Fremont, OH and he preceded her in death on June 15, 2016.  She was a homemaker and enjoyed crafts, quilting, cross stitching, crocheting and word search puzzles.  Phoebe is survived by her sons, Robert (Ronda) Fitzgerald and Doug Fitzgerald both of Fremont, OH; grandchildren, Tim Roberts, James, MaKennah and Emmah Fitzgerald; siblings, Grant Powers and Loranna Hall.

Offer Condolences for the family of Phoebe A. Fitzgerald