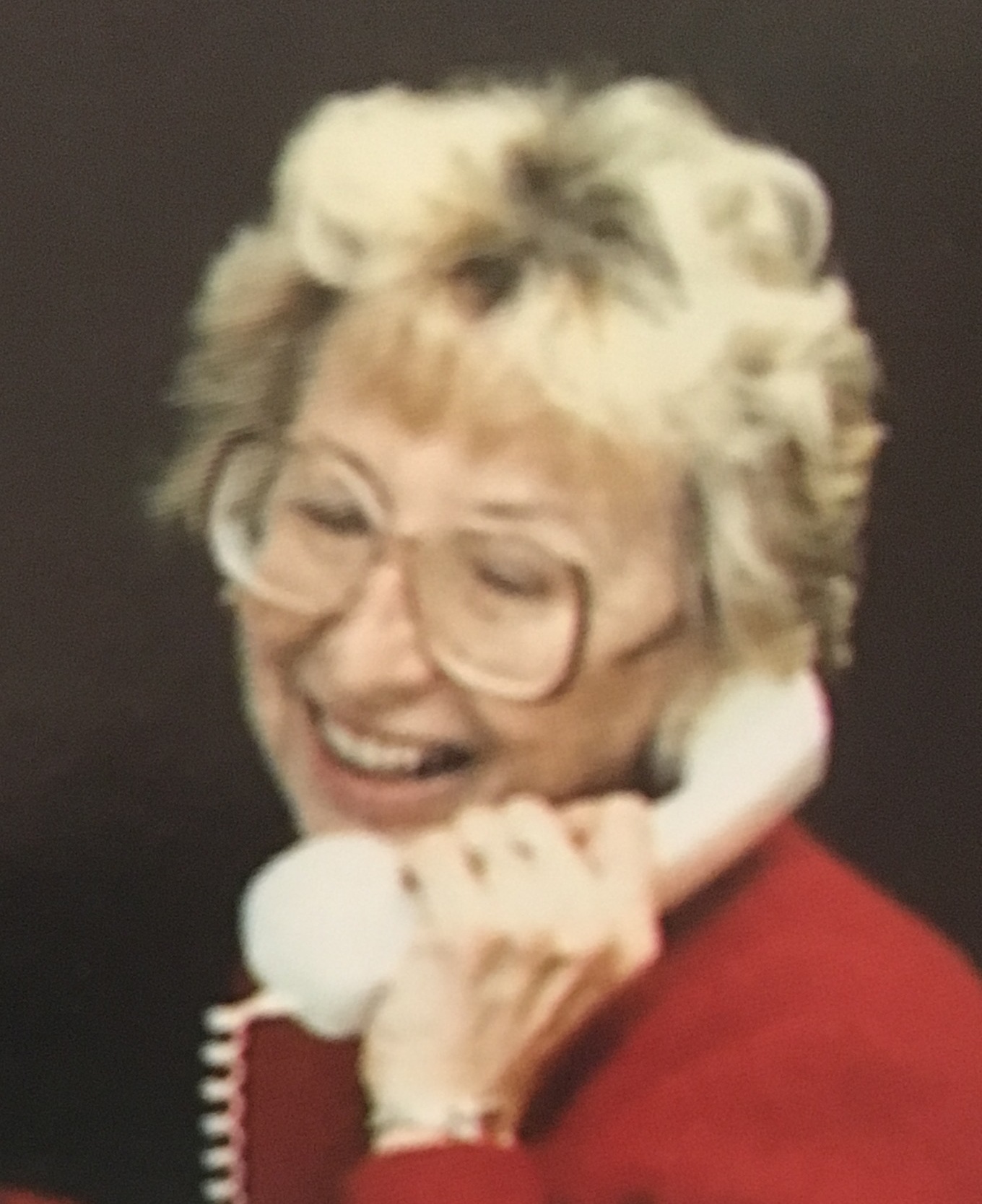 Pauline (Polly) Marie Eberly,87 after a valiant fight passed away on February 18, 2017, the same way she lived her life, with dignity and surrounded by loved ones. Polly spent her early years serving her country, and after marrying the man of her dreams and father of her children, she spent the rest of her life serving God and her community.

Born in Cleveland, Ohio, on Sept. 16th, 1929, Polly was the first born child of Michael and Mary Slotto. The family relocated to Grand Rapids, Michigan during WWII, where her father worked for Nash-Kelvinator. Polly graduated from Ottawa Hills H.S. in 1947, and two years later she enlisted in the WAC, heading to Camp (now Fort) Lee, in Virginia, for basic training. She next went to Ft. Lawton, Washington, where she was a company clerk for their WAC detachment. Polly then went to Ft. Huachuca, Arizona, making her way up from company clerk to acting First Sergeant before finishing her enlistment. Upon being discharged in 1952, she returned home to her family, which had relocated to what would be her favorite, and final home-Fremont, Ohio. She took a job with Heinz, and shortly after, the former WAC who never captured an enemy soldier did one better when she captured the heart of the true love of her life, Joe Eberly. Home from the service himself, Joe offered Polly a ride home in his pride and joy, his red MG, which he had shipped home from Germany. Polly replaced the car in his heart as his new pride and joy, and he cemented their love and initials on the Mull Covered Bridge. The beam he carved their initials on was taken down, but sixty years after their marriage on Sept. 29th, 1956, their love has endured. Several years later the two lovebirds had two new pride and joys in their life when they were blessed with two children, Renee and Patrick.

Polly had a few jobs over the years, including stints at Ford Motors, RCA, Burlekamp Plastics, and as Parish Secretary at Sacred Heart Church, but her true passion, other than her husband and children, was as a volunteer. She was a teacher’s aide at Sacred Heart School, volunteer at Heartbeat, was one of the founding members of the Bereavement Team, served on the Funeral Luncheon Team and was a lay communion distributor at her parish. She received the Outstanding Community Volunteer Award from the state of Ohio’s VFW Ladies Auxiliary. Polly was a volunteer for Hospice of Memorial Hospital, serving for 25 years, and in 2009, she and Joe were awarded for their service by the Ohio Hospice and Palliative Care Organization, the Ohio Home Care Organization, and the Midwest Center for Home, Hospice & Palliative Care Education.
A loving wife, mother, and grandmother, Polly is survived by her husband Edward(Joe), daughter, Renee (Robert) Friedman, Virginia Beach, VA, son, Patrick (Lezlie) Eberly, Powell, OH, grandchildren, Amanda and Cynthia Newby, Nicholas and Jacob Eberly, sister, Evelyn Pasonski, Melbourne, FL, brother, William (Carol) Sun, Boca Raton, FL, sisters-in-law Cleobelle Slotto, Clyde, OH and Cecilia Eberly, Palm Desert, CA and many nieces and nephews who were very dear to her.
She was preceded in death by her parents, father and mother in-law Edward and Fredelona Eberly, brother, Gene Slotto, and brothers-in-law, Louis Eberly and George Pasonski.

Donations can be made to Hospice of Promedica Memorial Hospital or Sacred Heart Parish.

Online Condolences may be expressed to the family at www.whhfh.com.

Offer Condolences for the family of Pauline “Polly” M. Eberly