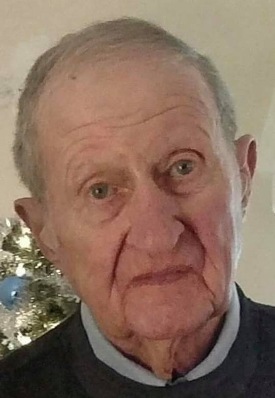 Paul Edward Hergesheimer, 82, of Fremont, OH passed away on Tuesday, October 31, 2017 at his home surrounded by his family. He was born on November 30, 1934 in Fremont to Ferd and Ferne (Schell) Hergesheimer. He was a 1952 graduate of Fremont Ross High School and attended Tiffin University.

Paul was a member of Sacred Heart Catholic Church where he served as an Usher for over fifty years and was Past Chairman of the Sacred Heart Festival. He was also a member of the VFW, Eagles and the Moose. Paul was an avid fan of The Ohio State Buckeyes, Cleveland Indians, Cleveland Browns and the New York Yankees.

He was preceded in death by his parents; son-in-law, Richard Moyer; companion, Marianne LaFountaine.

To celebrate Paul’s love of Ohio State, friends and family are asked to wear Ohio State apparel or their colors to his services.

Offer Condolences for the family of Paul E. Hergesheimer