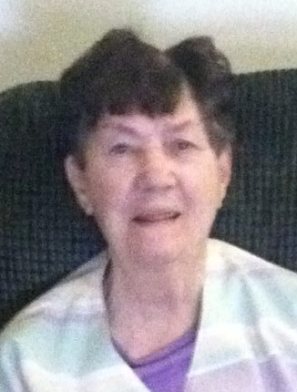 Kay Stover was many things. Daughter, sister, aunt, wife, mother, neighbor, den mother, sister-in-law, career woman, and a trusted, reliable and thoughtful friend to many. She was renowned in the kitchen for scratch-made cut-out cookies, zucchini bread, and many varieties of pie. As a young child, she had a serious infection in her right elbow, which left her with a marginally functioning arm. This did not slow her down. It did hinder her athletic career to some extent. She was such a standout right fielder on her high school softball team that “They made me the secretary of the team” she would say with a smile. Upon graduating from Fremont Ross in 1948 she went to work for the Howard Zinc Corporation where she assumed the responsibilities of office manager at the ripe age of 19. She was a devout Christian woman who taught Sunday school and sang in the choir. Around this time she met Robert Eugene Stover and they were married in 1957. In the early sixties they started a family. Life was good. She later accepted a position as a proof operator at Croghan Colonial Bank where she worked until her retirement. There were two children they successfully put through college. There was a beautiful house in the country with a pool, great neighbors, and an unexpected gift of a beloved granddaughter late in life. They made it all work. It has been quoted that when an aged person dies it’s like burning down a library. Kay’s life ended in a small nondescript room after years of a cruel battle with dementia. That is not the memory she would want for everyone. She did so much good for so many people, we would ask that you – pick one of those memory books and enjoy!

Offer Condolences for the family of Patricia “Kay” Stover