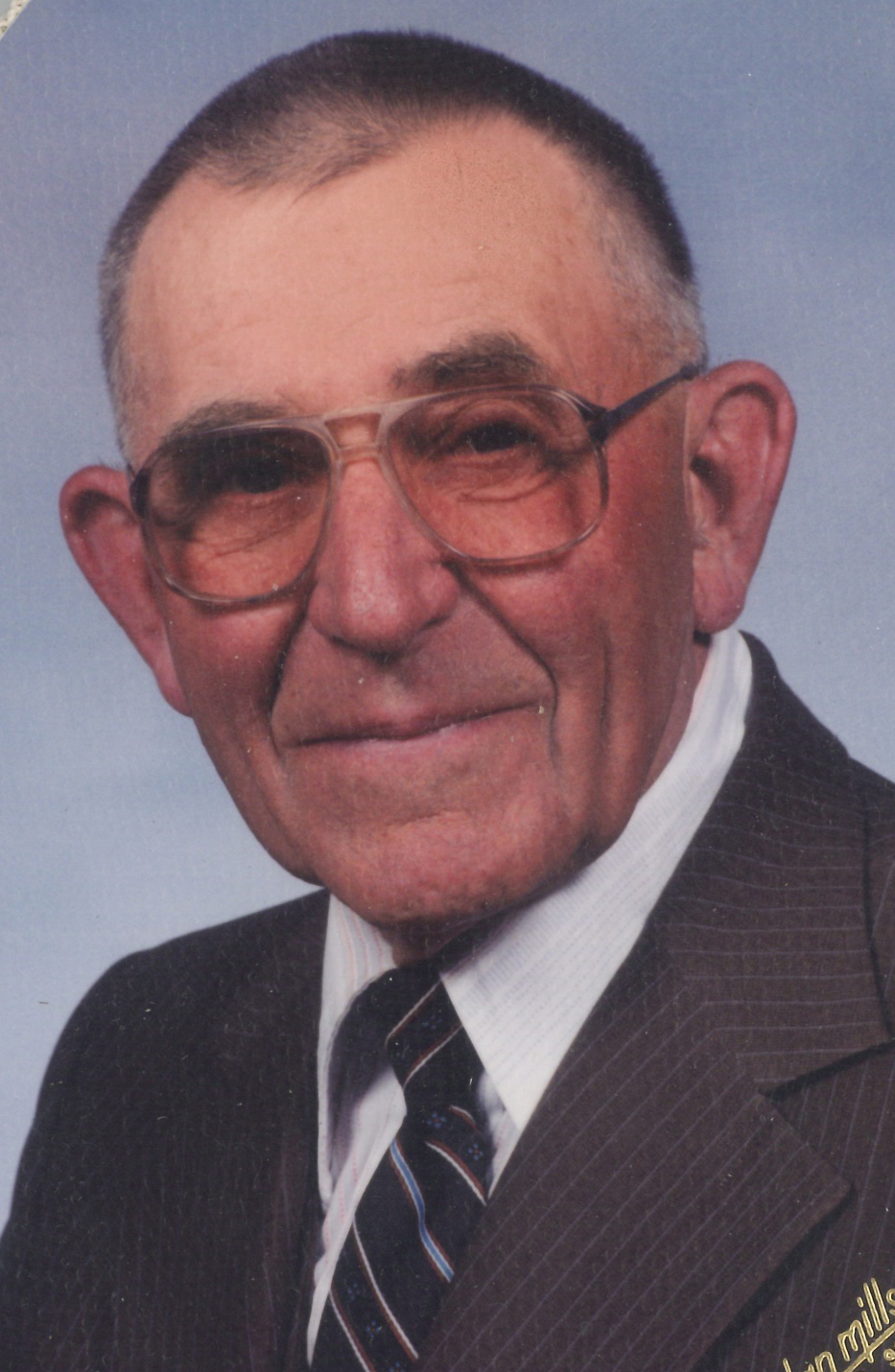 Norman spent his entire life on the family dairy farm. On March 31, 1937 he married Eunice V. Rice in Sandusky, OH and she preceded him in death on October 18, 2010.

He was a lifelong member of St. John’s Lutheran Church in Fremont. He attended Fremont Ross High School. Besides his farm and family his greatest interests were bowling and playing pinochle, the Cleveland Indians and Cleveland Browns. He was a founding member of the Riley Grange, and member of Pomona Grange, Ohio Farm Bureau, Progressive Farm Bureau Council, Riley Township Zoning Appeals Board, A.S.C.S. Agriculture Committee, St. John’s Dart Ball League, and several bowling teams and pinochle clubs. He had a great interest in woodworking and made many items which he shared with family and friends. He and his wife were able to visit all fifty states and a tour through Europe.

He was preceded in death by his parents; wife, Eunice; sister, Dorothy Karlovetz Eberhard and brother, Arthur Jahns.

Services: Thursday, September 19, 2013, 10:30 am at the funeral home with Pastor Joseph Lees officiating.

Offer Condolences for the family of Norman George Jahns