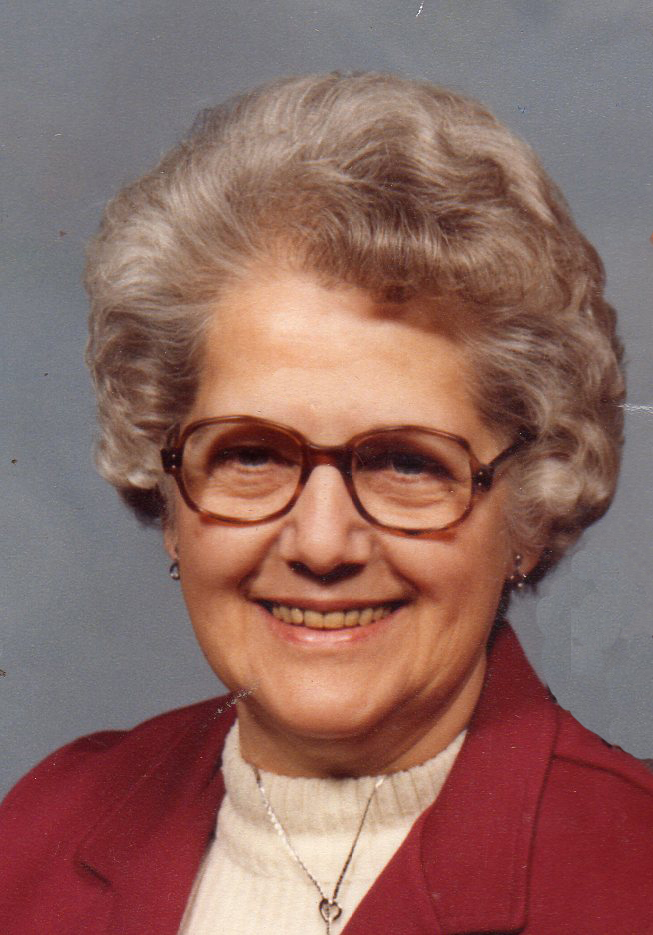 Norma Louise (Poorman) Stotz, 90, of North Collinwood Ave, Fremont. The organ pipes have gone silent. The postlude has ended. Now it is time for the organist to go home. A long time church musician / music instructor has gone home to be with passed loved ones, and to embrace her Lord on December 28, 2013.

Death is not the failure of life, rather the completion of a journey. Norma was born at her Aunt Becky Frentzel’s home at 617 Fulton Street in Fremont on February 11, 1923. Her parents were George William and Laura Amelia (Hasselbach) Poorman. She graduated from Fremont High School in 1941 then from Dana School of Music, Youngstown State University. Norma married her war-time sweetheart, Charles Edward Stotz, at Grace Lutheran Church on October 27, 1945. He preceded her to Glory on September 2, 2009.

She was preceded by her parents and her husband, as well as a sister, Eleene Mae Poorman and brother, Donald C. (Phyllis) Poorman.

Norma played organ and piano, and directed choirs at Solomon Lutheran, Woodville; St. John’s Lutheran, Grace Lutheran and St. Mark’s Lutheran, all of Fremont. She also gave thousands of private lessons from her home on Collinwood Avenue. Her musical career spanned more than sixty years. Norma’s music continues through her influence over her students.

Norma was descended from several pioneer families of Sandusky County including names of Poorman, Albert, Hasselbach, Hufford, Binkley, Bingle, Burgoon, Greene, Low, Kline, Wetzel, Hetrick, Hentzel and Walter(s), and area Shawnee Indians. Her linage also included the founder of the Pilgrims and some members of Charlestown, Mass. dating from 1585.

Norma’s contribution to this community was considerable, especially in her music and faith. Her children say thank you for warm blankets on frosty nights, and warm memories of your living support and encouragement

Offer Condolences for the family of Norma Louise Stotz