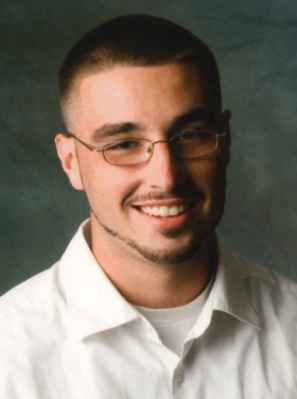 Nathan “Nate” S. Halbeisen, 26, of Fremont, OH died unexpectedly on Thursday, October 13, 2016 at his home. He was born August 8, 1990 in Bellevue, OH the son of Richard Halbeisen and Marie Priddy. He was a 2009 graduate of Fremont Ross High School.

Nate enjoyed hunting, fishing, football and basketball. He was an avid Ohio State, Cleveland Browns and Cavaliers fan. He also enjoyed four wheeling, being outdoors and spending time with family and friends.

Nate is survived by his parents, Richard Halbeisen and Marie Priddy both of Fremont, OH; brother, Jeremiah Priddy of Fremont, OH and two nieces and two nephews.

He was preceded in death by his grandparents, Marie Priddy, Richard and Mary Lou Halbeisen.

Memorials can be made to the family

Offer Condolences for the family of Nathan S. Halbeisen,