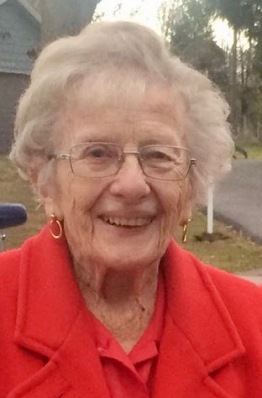 Mary Margaret Quaider, age 93, of Fremont, OH passed peacefully in her home on Sunday in the presence of family after a prolonged illness.  She was born on April 29, 1927 in Cleveland, OH the daughter of John and Mary (Bauknecht) Hughes.  Mary was graduated from John Hayes High School in Cleveland, OH.   Mary was married on November 6, 1948 to Walter Quaider and they lived in Willowick, OH for 55 years before moving to Fremont.  She was employed by the Dandee Potato Chip Co before becoming a full-time homemaker and later retired from the Willoughby-Eastlake School District where she worked in food service.

Mary was soft-spoken and kind, holding a life-long passion for learning.  She was an avid reader, seamstress, cook and gardener. She loved the Christmas season, traveling the U.S. in an airstream trailer, and time spent with family.

Private service will be held for the family.

Burial will take place at St. Joseph Cemetery at a later date.

Offer Condolences for the family of Mary M. Quaider