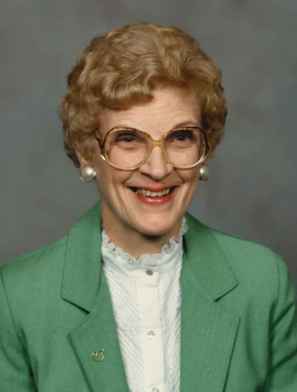 Mary L. (Frater) Baxter, 99, of Fremont, OH passed away on Thursday, March 3, 2016 at Pristine Senior Living of Fremont. She was born on August 28, 1916 in Millbury, OH, the daughter of Charles H. and Bertha (McLargin) Bailey. She was a 1933 graduate of Fremont Ross High School.

Mary was a Homemaker and a member of Trinity United Methodist Church and the Rainbow Circle at church. She was also a member of the Order of Eastern Star, Ballville Farm Women, Fremont Federation of Women and Countywide Garden Club. She enjoyed playing pinochle, gardening, reading, crossword puzzles and spending time with her family.

Memorials can be made to the American Heart Association.

Offer Condolences for the family of Mary L. (Frater) Baxter