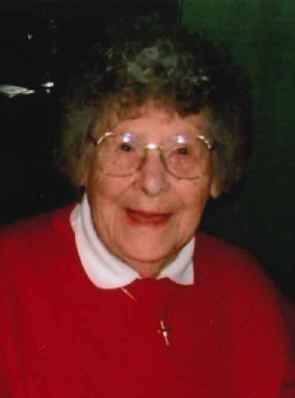 Mary Deer, 98, of Risingsun, OH passed away on Thursday, February 12, 2015 at Valley View Healthcare Center with her daughter and son-in-law by her side. She was born on February 17, 1916 in Rossford, OH, the daughter of James and Josephine (Beri) Sabo.

Mary married Edward Deer on May 15, 1937 at St. Mary’s Catholic Church in Millersville, OH and he preceded her in death in 1977. Mary was a Homemaker and a member of Risingsun Ladies Fire Auxiliary and the Bradner American Legion. She enjoyed sewing, playing cards and loved spending time with her family.

She was preceded in death by her parents; husband, Edward Deer; four brothers and one sister.

Offer Condolences for the family of Mary Deer