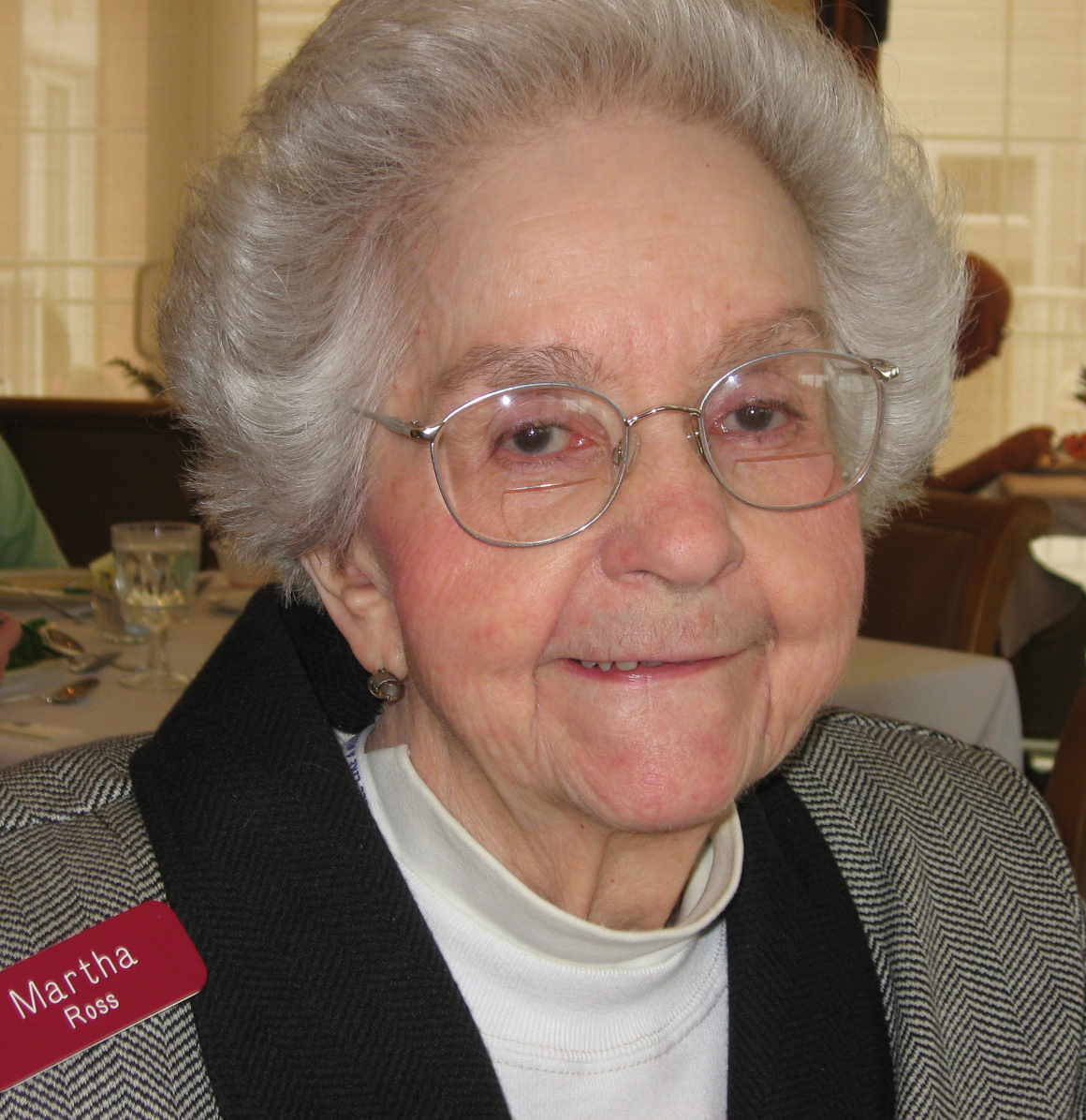 Martha Jackson Ross, 89, of Elmwood Assisted Living in Fremont, OH passed away on April 5. Ross was born on July 18, 1923 in Selma, Alabama to the late Walter Mahan Jackson and Anna Bell (Seymour) Jackson.
Martha graduated from Selma High School in Selma, AL in 1941 and from Montevallo College for Women (History and English major) in 1945. She met her husband, Dr. Donald M. Ross in Oak Ridge, TN during World War II while they were both working on the Manhattan Project and they were married August 12, 1946. Martha liked to say, “We were an atomic romance, and we’ve been having fallout every since.”
A mother of six, Martha was also an award-winning leader and pioneer in the field of Oral History, the recording of interviews for historical purposes. She taught at George Washington University in Washington, D.C. (1970-72) and the University of Maryland – College Park (1972-87), where she also earned her Master’s degree. She was co-founder of the Oral History in the Middle Atlantic Region (OHMAR) regional professional organization (1976), and was president of the national Oral History Association (1984-5). In 1982, she received OHMAR’s Forrest C. Pogue Award “for distinguished, unique and continuing contributions to oral history.” In 1988, her alma mater (now University of Montevallo) named her Distinguished Alumnus. In 2001, the Oral History Association established the Martha Ross Teaching Award, and the University of Maryland Baltimore County created the Martha Ross Center for Oral History.
Martha was a remarkable woman who lived with an infectious combination of Southern hospitality, charm and decorum with unabashedly honest truth-telling. One of her most courageous acts was walking the final day of the 1965 Selma-to-Montgomery civil rights march, carrying a handmade sign that read, “Here’s One Native Selmian for Freedom and Justice.” Throughout her life, Ross was an inspiration to her children and friends, radiating her passion for principled excellence conducted with absolute good humor and respect. She also enjoyed travel, reading, playing bridge and was the life of every party since she played the piano by ear.
In addition to Donald, her husband of 66 years, Martha is also survived by her children David (Dan Qing) Ross of Houston, TX; Michael (Lillian) Ross of San Jose, CA; Kathryn (Rev. Joseph Lees) Ross of Fremont, OH; Gregory (Jan) Ross of Cary, NC; John Ross of Los Angeles, CA; and Maria (Jim) Ross-Lyons of Kent, WA. In addition she is survived by 13 grandchildren and 3 great grandchildren.
She is preceded in death by her parents; sister, Edna Louise Jackson Cardwell Whitehead; and brother, Walter Jackson, Jr.
Memorial Service: Tuesday, April 23, at 10:30 a.m. at St. Joseph’s Catholic Church in Fremont, OH. The service will be preceded by family visitation at 9:30 a.m., and followed by lunch at St. John’s Lutheran Church, also in Fremont. In lieu of flowers, donations can be made to the Alzheimer’s Association or the Oral History Association (OHA, Georgia State University, P.O. Box 4117, Atlanta, GA, 30302-4117).

Offer Condolences for the family of Martha Ross