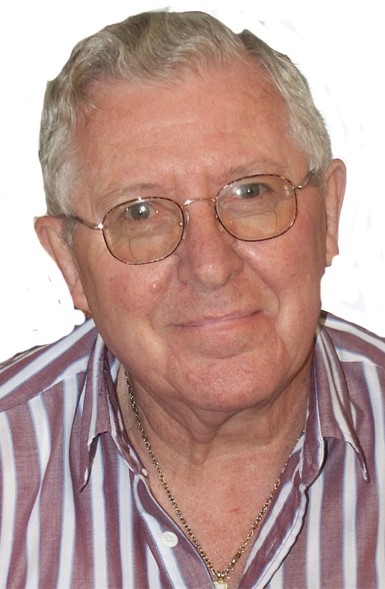 Marlyn Dennis Detzel, 87, of Gibsonburg Ohio passed away on December 29, 2021.  He was born in Manly, Iowa on September 27, 1934 to German immigrant parents, William and Katherine (Schrow) Detzel. He was the youngest of 12 children.  On July 24, 1954 he married Agnes Irene Kramer at Saint Ann Catholic Church in Fremont, Ohio and she survives.  In Marlyn’s early years he worked at Matthew’s Boat Company in Port Clinton, Ohio. He went on to work as a machinist and supervisor at Atlas Industries in Gibsonburg, Ohio. He retired in 1996.

Marlyn’s talents were singing, (he recorded a song on a 45-vinyl record) and playing the harmonica. He loved bluegrass music and was an amazing yodeler.

Marlyn’s hobbies were hunting and fishing. His greatest love was spending time with his family and friends.

Marlyn never knew a stranger. He had a kind heart, an exceptional sense of humor, and was known for his quirky sayings (holy-chick-a-mole). He was a devout Catholic, and a man of faith. He was beloved by all and will be sadly missed.

Memorials may be made to Saint Michael Catholic Church in Marlyn’s memory.

Offer Condolences for the family of Marlyn Dennis Detzel